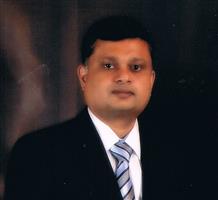 Dulshan was brought up in Sri Lanka where school education is free to everyone, and the University education is free but limited to a very tiny percentage of top scholarly performers. He started his programming experience by writing GW BASIC scripts using pencil and paper in the early 80s during his childhood. His admission to the Department of Computer Science and Engineering of the University of Moratuwa, Sri Lanka gave him the best opportunity to learn the skills that would make him one step closer to his desire to build machines that mimic humans.

In 1996 with three other colleagues, he built a Musical Instrument and a Notes recognizer on a computer system that had only 1MB or RAM, 44 MHz CPU and 4MB hard disk quota given to a University Student. The successful demonstration of the work inspired him to work with the team to research on Voice Recognition and Synthesis.

In 1997 Dulshan developed a Voice command recognizer with his three colleagues using Hidden Markov Model (HMM) and Baum-Welch training algorithm (Artificial Neural Networking). Together, they built an Intranet based Chat Server and a Client which operate on speech recognition and synthesis to improve voice bandwidth utilization.

As soon as he completed his final year examination in 1998 December, he was approached by multiple vendors based in Sri Lanka for possible employment. In 1999 March, he became a fully fledged Software Engineer by accepting employment with IFS, the fastest-growing ERP vendor in the world in the year 2000. In 1999 November, he graduated with a first class honors in Engineering.

His desire to do better with computing brought him as far as to the edge of the new world, New York in May 2000. Since then he has been serving many industries like Insurance, Multimedia and Entertainment, Communication, Airlines, and Financial. During each of these endeavors, he had the opportunity to contribute to the next generation technology invented by the industry leaders.

In 2009 he joined Howe School of Technology Management at Stevens Institute of Technology in New Jersey to pursue further studies as a part-time student. Despite the pressure from the financial crisis and the demand to work hard, he was able to achieve his Masters of Technology Management with a cumulative GPA 4.0 in 2011. In 2012, he graduated as an MBA with a cumulative GPA of 4.0 and received the “Outstanding Academic Achievement Award.” Around the same time, his employer back then, Citigroup awarded him the RAVE Dazzle Award for his outstanding performance as an employee.

Currently, his academic interest has a more focus on organizational theory and action research which helps organizations to create practically relevant and theoretically rigor knowledge both in technology and business. His admission to the University of Liverpool, a leading Russell League University in the UK, as a part-time doctoral candidate has helped him to grow his skills in this new dimension.

He strongly believes that both the intellectual diversity and demographic diversity can introduce more creative collaboration to the workplace. He believes that, by engaging in his own practice, he is better positioned to serve the entire financial industry, not just one employer. He expects other likely minded professionals to work together with him to deliver the future technology strategy to the industry.

In 2007, Dulshan joined one of the “Big Four” global banks in the United States, the Citigroup where he started his tenure as a Software Development Lead for Global Compliance Technology. During that assignment, he designed and developed J2EE based distributed workflow driven software applications to support KYC customer due diligence, AML Name Screening, employee due diligence, Digital transformation (early stages of robotics process automation (RPA)) applications. Extending that experience, he served the Legal Technology Department to redesign Citi’s application for the control group and involved developing J2EE based applications that deal with confidential data (PII) management with increased information security requirements. He was also responsible for establishing B2B connectivity between Citi and another financial vendor using a secure SOA platform.

In 2010 he accepted a Vice President role in Enterprise Risk Technology Department, where his worked involved hands on software design, development, team leadership, and management. First, he was entrusted to deliver solutions for the next generation Operational Risk Reporting and Controls platform. All this happened during the peak of the Financial Crisis and during the introduction of Dodd-Frank Financial reforms. He provided his technical and Artificial Intelligence expertise to invent some of the financial industry's pioneering scenario models for the operational risk management. He later contributed to the design and delivery of Fraud Risk Oversight applications.

In 2014 April, in order to expand horizons in his Risk Management experience, he joined Consumer and Community Bank of JP Morgan Chase to serve as a Vice President in the Risk Architecture department. His initial assignment involved leading the Risk Architecture Reporting work stream for two LOBs in achieving ‘BCBS 239 Risk Reporting’ compliance. Beyond the BCBS initiative, his responsibilities included supporting the consumer credit LOBs in their risk technology strategy while contributing to the first ever CCB Risk Technology Roadmap. His work involved reviewing overall business architecture documentation on a quarterly basis and improving the target state architecture, business technology initiative ideation (business case and requirement elaboration), capital budgeting and programme management effort. He was responsible for existing technology capability assessment and working with Risk Finance Technology to define the Risk Domain Strategy. He was also a key contributor in efforts related to business process improvement of the CCB Risk Data Management process, Scoring, and Data, and Common Customer Risk Profile (Data Ecosystem Integration Strategy).

In the month of October 2003, Dulshan joined a team of some of the finest software engineers in Tampa, Florida to accomplish a critical mission for the Airlines Industry of the United States. The Airlines Reporting Corporation (ARCCORP) is responsible for settling the Airline ticket reservation happens within the United States. The existing system at that time was a decade old mainframe-based “Green Screen” system. Some of the leading ticketing agents and global distribution systems have been using mainframe-based legacy systems. The team had been given the task of re-building the next generation IAR2.0 application using J2EE technology. As a Senior Application Engineer, Dulshan contributed to some of the key components of this application which required using state of the art technology while being able to interact with the legacy technology used by rest of the world.

In late 2002, the word Social Networking or Facebook was never heard of. It was the time; Google was taking a little edge over Yahoo as a search engine. At that point, Dulshan provided his skill to a technology startup as a Chief Technology Consultant. In that effort, they called what they built "a contact management software for the financial industry”. He managed a team of talented software consultants to develop social networking products, and he was responsible for the overall architecture and the delivery of the platform.

The Multimedia and Entertainment Industry:

In the early 2000s, Dulshan applied his Data Architecture experience as a consultant to one of the world’s leading multimedia organizations which had over a million of pay-per-view and other channels (direct mailing, live events) customers. His consulting assignment involved designing and developing the Oracle based Customer Responsive Marketing (CRM) Data warehouse for this client. The reports from the data warehouse drove marketing campaigns for their products and events.

Dulshan’s first consulting assignment in the United States which started in May 2000 was at AIG to deliver the Java/JSP based e-commerce and e-Business platform. This is an era when the internet was only about four years old, and the world was moving away from CGI to Java Servlets technology. Dulshan’s work contributed to some of the early staged commercial Java web applications in the financial district of New York.

In 1999 March, Dulshan started his professional career as a full-fledged Software Engineer at Industrial and Financial Systems (IFS) Sri Lanka. His primary responsibility was to develop some of the key functionalities like Purchase Order Cost Distribution, Pre-Posting, ISO Standard quality improvement of the User Interface, Data Modeling and coding for Enterprise Resource Planning software called IFS Distribution. This product was a top-rated Supply Chain Management product which competed with SAP. He contributed to the IFS distribution 1999, 2000a, and 2000b versions.